Fire up the Tube

I do have one recipe that I have deemed worth the time, even if the only person who can taste the love is me. I’m also the only one in the family who will eat it which is not good considering the calorie count that accompanies the super-amazing flavor... 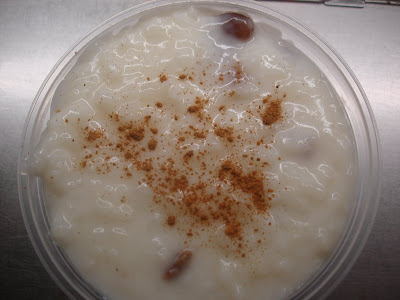 I haven't been a huge fan of the television in the kitchen, but it does make cooking something like this a much less aweful process. Fire up a good anime episode, and stir away!

Combine everything except cinnamon and lemon in a saucepan. Cook for 25 minutes until most of the liquid is absorbed. Mix in lemon zest and cinnamon. Eat up!

Even better to throw in a couple of cinnamon sticks and a vanilla bean as you cook the rice. Then omit the extract and 1/2 the cinnamon.

The taste I am sure is great but rice pudding always gives me the sensation of eating frumpy snot.

I usually eat it cold so it's almost a cheesecake texture (with a bit of frump... ;)