Riding the wolf with a goofy grin 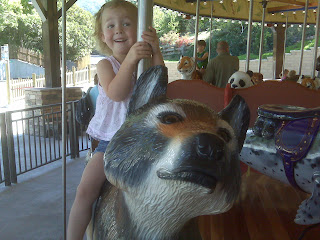 Avyrlie was very excited to ride the wolf after seeing it picking berries of a bush right next to her (as close as the fence allows...). Ian was even pretty happy to stop by the zoo for a quick visit. 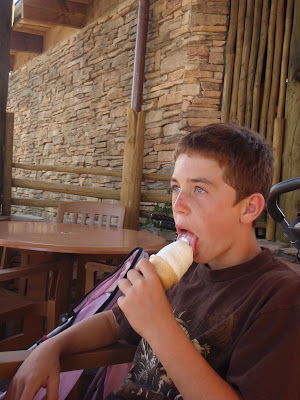 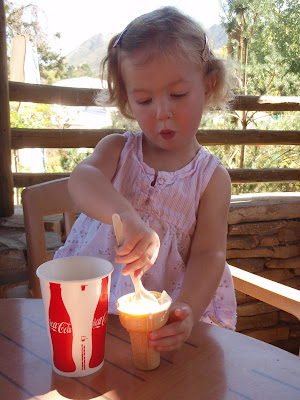 After the zoo we headed up the canyon a bit to eat at Ruth's. Ian has never had lunch there and I just like the atmosphere. Avyrlie took a liking to the stage and spent her lunch time singing and dancing on it. 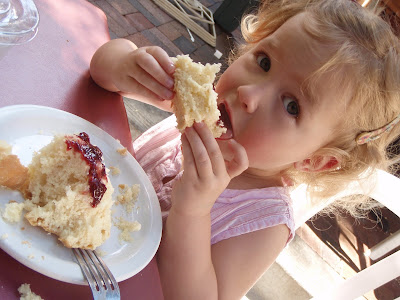 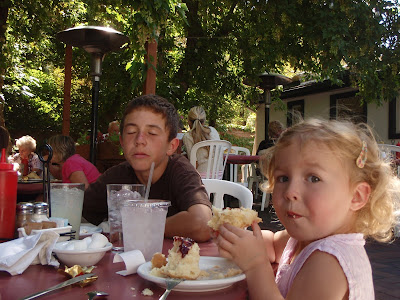 We headed home to let the dogs know we still care, and then zoomed off to the second Dr. appt of the day. It went really well because Aimee managed to make it there in time to get her opinions heard. I honestly always try to convey what her intentions are, but the fact the her opinions fluctuate as wildly as the stock market and that I have rather strong doctor/medication prejudices make it nearly impossible for me to arrive at the same conclusions that she might. We are definitely getting closer, but might need another 15 years to get our marbles effectively mixed ;)

Heading home we debated on procrastinating housework by seeing an 'Eater Movie' (Avyrlie's term for being able to eat in the theater), but decided instead to head home and see if we couldn't fill the dumpster we rented with all the accumulated crap laying around (yes, the dog crap alone filled half :o ) 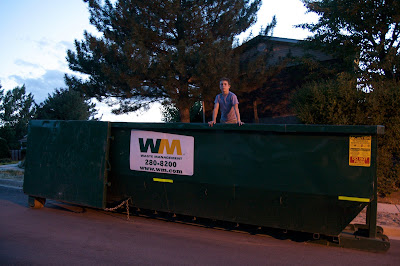 Ian and I started tossing the old pantry debris while Avyrlie entertained the dogs in their wire pen. They fight and wrestle almost constantly, but even in the midst of their most epic battles they tolerate Avyrlie pouncing on top of them and demanding that they "BE NICE!!!". Presently, I still have Sadie listed for sale, but I wouldn't be disappointed if we end up keeping her either. Ideally, I'd like to have a dog with a bit less energy that isn't in your face at all times, but Triela and Sadie get along really well and sleep pretty sound at night after calling at truce and retreating to their kennels for the night.

Ended the night pretty early (which is around 10 PM at the Smith house) and headed to bed to rest up for The Big Game...
Posted by Aaron Smith at 12:44 PM